I consider myself very lucky because since my ‘Internet Birth’, world class artists have been using my pictures as inspiration.  Sometimes it was simply to throw quick sketches for concept art, sometimes, to reproduce my attitude in specific pictures and sometimes, as tribute to my work/look.  Even though the final product isn’t always directly associated with me, I often get the comments from the artists themselves.

Timur Shevtsov started to send me drawing exercises early on and continued to offer them to me over the years. Receiving artwork always cheers me up!  I like a wide range of styles and pieces of different level of completion. I like the broad strokes, the well defined shapes and the angular way he has to create images. Of course, there’s more to his work, but I’ll let you forge your own opinion.

The following piece incorporates some elements of his own hand, but first it’s a really successful style exercise. I had a fantasy about a 80’s inspired aerobic piece. We had a quick conversation.  I threw a couple references and requests and here’s what I got. No need to say that I was on a joy high when I received the final piece. Double me with two cool outfits, awesome hairstyle and a killer body. I think that’s a well accomplished interpretation of myself as a cartoon! Also, I hope I’ll get a chance to shoot a similar outfit in the next months, that would be pretty sexy.

You can get a grip and see more of Timur Shevtsov’s work on ArtStation. Flattery and constructive comments are always appreciated, let us know if you like the work and if you want more! 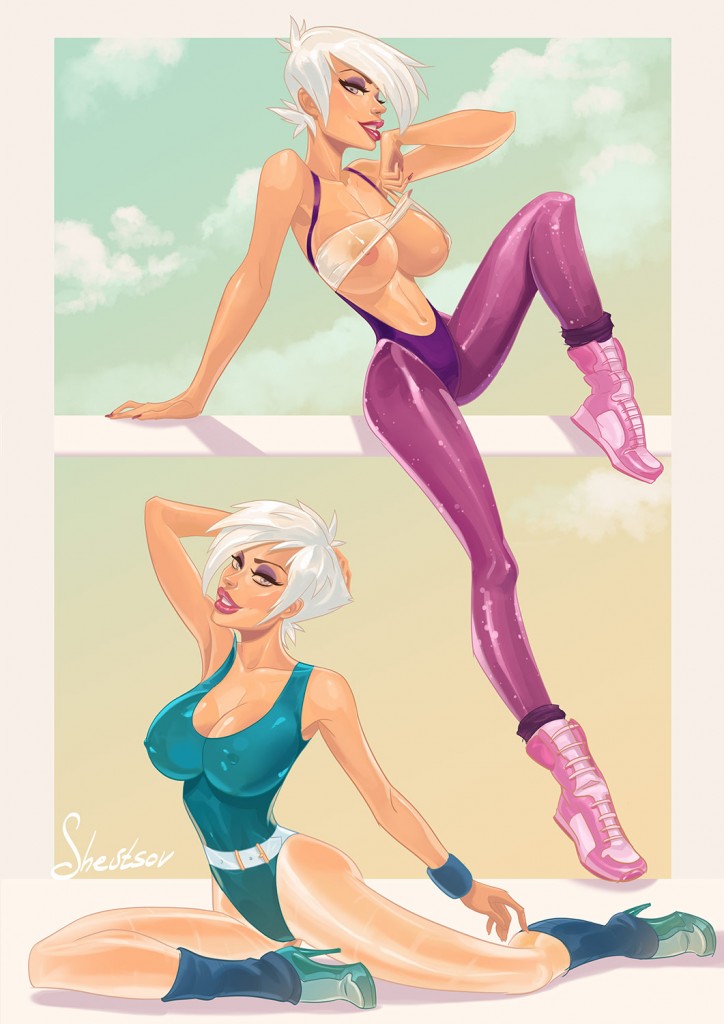 See more of Timur’s art in my gallery.