10-year career – That time where I was a redhead 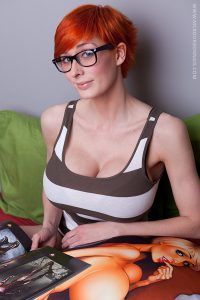 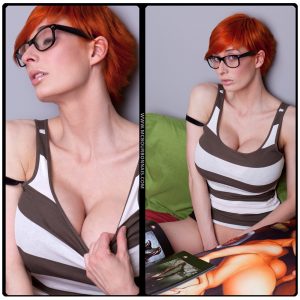 On April 2013, le Musée de la Civilisation, a museum in Quebec City, lauched an exhibition about video games called ‘Une histoire de jeux vidéo.’ They organized many events to promote the exhibition including a launching cosplay evening. As a glamour model who did nudes, I was surprised and flattered when someone from the museum contacted me to be guest of honor for the cosplay event! The lady was calling me ‘Madame Bourbonnais’.  People say they are open-minded, but it’s really uncommon for a big company in the province of Quebec to associate themselves with a girl who has done nudes.

I was really into Bleach at that time and I sewed for the event another costume that I wore only once: a version of Kurosaki Ichigo. And instead of buying a wig, I decided, out of nowhere, to dye my hair orange! Here I am posing with the newspaper of that day where an interview with me was just published. 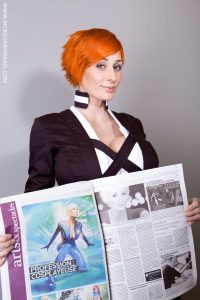 I took advantage of my month as a redhead to make one more cosplay, April O’Neil. :D One of the simplest and most comfortable costumes I’ve ever made! April O’Neil print available on my store: www.store.mcbourbonnais.com 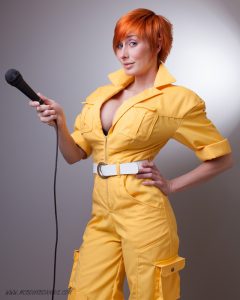 There are not a lot of pics of me as a redhead, so you’d better enjoy these ones! It’s been almost 20 years now since I started bleaching my hair to be a platinum blonde and I feel like it could be time for a change… Which hair color should I try? 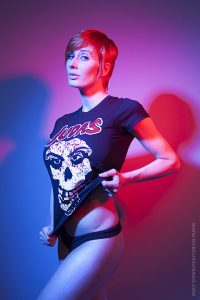 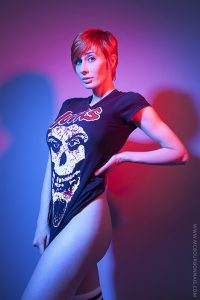 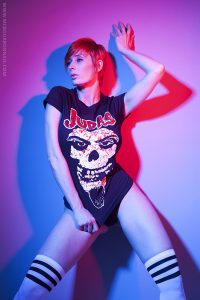 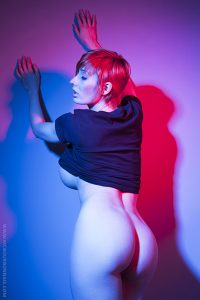